Snakes are a common concern for hikers on the trail. We wanted to tell you a little bit about the snakes you might see while hiking in North Georgia and what you should prepare for. 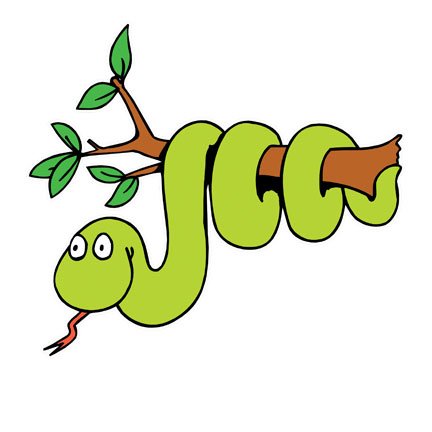 Non Venomous Snakes
These are the most common you will see. While snakes aren’t everyone’s favorite creature, the non venomous ones are mostly harmless. In fact, they are great for eating small rodents such as those shelter mice we all hate. Some common snakes include the Black Rat Snake, the Garter Snake, Eastern Kingsnake, Worm Snake, and Rough Green Snake. Studying pictures and descriptions of snakes can be your best friend. Deciphering between the good and the bad can calm your nerves and make you aware of the wildlife around you.

Venomous Snakes
According to this article written by the Georgia Department of Natural Resources, in North Georgia, there are really only two venomous snakes you need to keep in mind. Be sure to read the article and the map if you live in a different region of Georgia to determine what venomous snakes you might see in your backyard. The first snake is the Copperhead. They are medium-sized snakes reaching a maximum length of about 4.5 feet, but most are less than 3 feet. The background coloration is usually light brown or gray, but individuals range from rusty orange to pinkish to nearly black. This species is easily identifiable by a pattern of 10-21 dark-brown, hourglass or saddle-shaped crossbands, which are wider at the sides of the body and become narrower along the back. They occur in most forested habitats but are particularly common on rocky wooded hillsides in the mountains and swamp and river edges in the Piedmont and Coastal Plain. Habitats with abundant logs, leaf litter, and rocks for cover are favored, while open habitats such as old fields and agricultural areas are generally avoided.

The next snake you might see up in the mountains is the Timber Rattlesnake. Large, heavy-bodied from 3-5 feet in length. The background color ranges through various shades of pink, yellow, tan, gray, brown and olive to velvety black. A series of brown to black chevron-shaped crossbands (15-34) typically cross the body. The tail is black and tipped by a segmented rattle. Very dark or solid black individuals are common in higher mountains of the northeastern part of the state but are rare elsewhere. Common in much of the heavily wooded country of the Coastal Plain, but in more open areas these snakes are primarily limited to wooded stream corridors. In the Piedmont, distribution is highly fragmented due to habitat loss and Timber Rattlesnakes are primarily associated
with heavily wooded stream corridors and small, isolated mountains. In the Georgia mountains, the distribution is somewhat localized around suitable denning sites (including root and stump holes, mammal burrows, old home sites and debris piles, and – especially in upland regions – rock crevices).

The Reality
The truth is, only about five people die from a snake bite in the entire United States each year. When you look at homicides in the city of Atlanta, or deaths from a car accident, those numbers are significantly higher. There is a homicide in Atlanta every other day! Most of the deaths from a venomous snake are actually situations where these snakes are kept as pets and the handler becomes careless. So if you are going on a hike, be aware but don’t let snakes deter you from going on an adventure.

Some would say that there is an increase in snake bites each year. This could be a result from warmer winters which bring the snakes out earlier. It could also be that hiking and getting outside is becoming more of a desired activity for people, so with more people on the trail, more will be at risk of encountering a snake. According to a wildlife biologist for the Department o f Natural Resources in Georgia, he believes the snake population is actually declining because of the growing suburbs and human population.The increase in people seeking outdoor adventures however is why there might be an increase in snake bites. 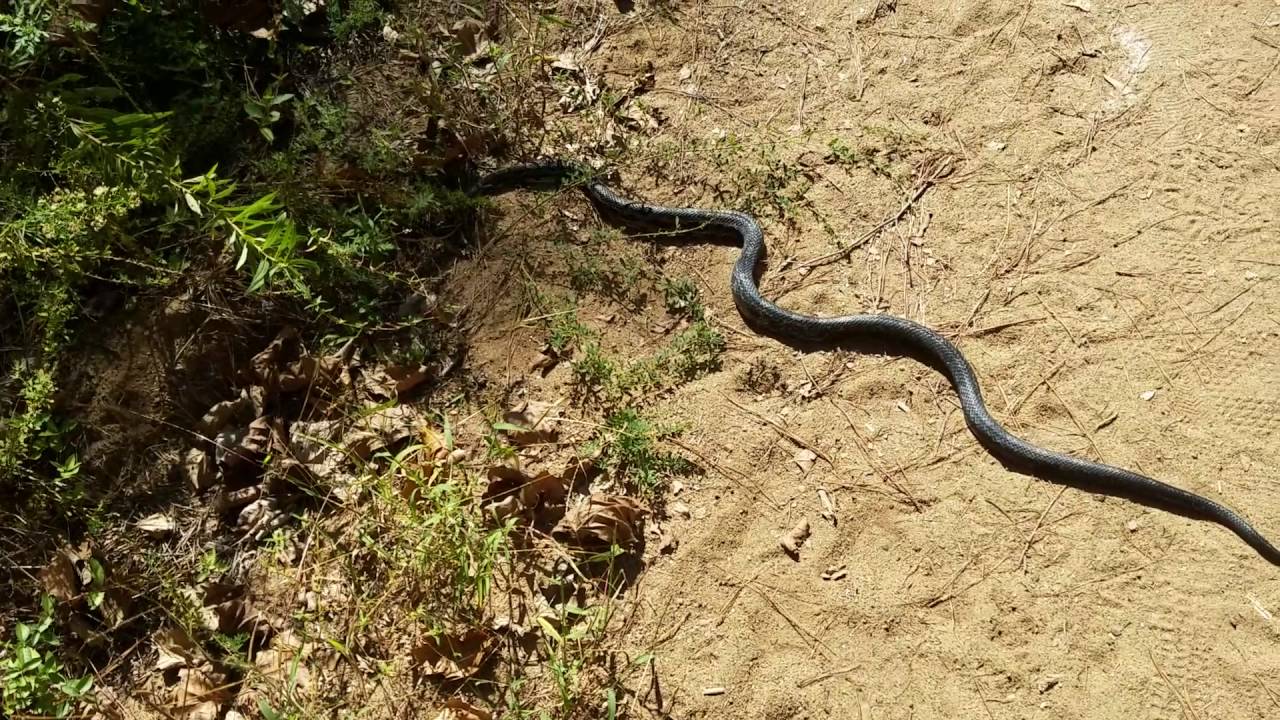 Harmless snake right on the trail!

Don’t get confused!
Any snakes can have similar markings, so people get afraid they are seeing a venomous snake when really, it is a harmless snake. One of the most commonly confused snake species is the water moccasin, also known as cottonmouths. Why? Probably because there is no uniquely distinctive pattern or markings. Also, people assume any snake in the water is a water moccasin, because that’s the species we hear about most often. If you’re in the water, especially in the North Georgia Mountains, and you see a snake – it’s probably a non-venomous water snake.

If you do get bit by a snake, most likely, it is not venomous. If it is, you will know. A venomous bite will feel like a sting and you can even feel the venom starting to spread. You will see the markings from the fangs. A non venomous snake will just feel like a normal bite. The non venomous snakes have hundreds of tiny teeth and do not have fangs. If you do get bit by a venomous snake, just head to the hospital! Don’t take any painkillers, or apply pressure or ice to the bite. Try to keep it elevated above your heart and leave the rest to the professionals.

We hope this article clears a few things up about snakes in North Georgia! Please don’t hesitate to go out for a hike or swim this summer because of snakes. They are mostly harmless. Enjoy the rest of summer!

Error: Twitter did not respond. Please wait a few minutes and refresh this page.